Krump is resistance through the medium of dance. This dance style, which was born in the black community in LA, portrays social inequality. It is a vibrant, raw and energetic form of expression that serves as a creative outlet for aggression and lets the wounds of exclusion and racism speak for themselves. But krump is a socio-political phenomenon, too. It offers young people all over the world a family structure and a place to retreat to, as well as a means of self-empowerment to combat the feeling of impotence in the face of the unlawful violence that they have experienced.

We are showcasing this dance style that has emerged on the streets by bringing Grichka Caruge, one of Europe’s most renowned krump artists, to Berlin. The multiple world champion was one of the first performers to bring this dance style to Europe. Together with five dancers from the international krump scene, he tells a tale of empowerment in ‘A human race’. 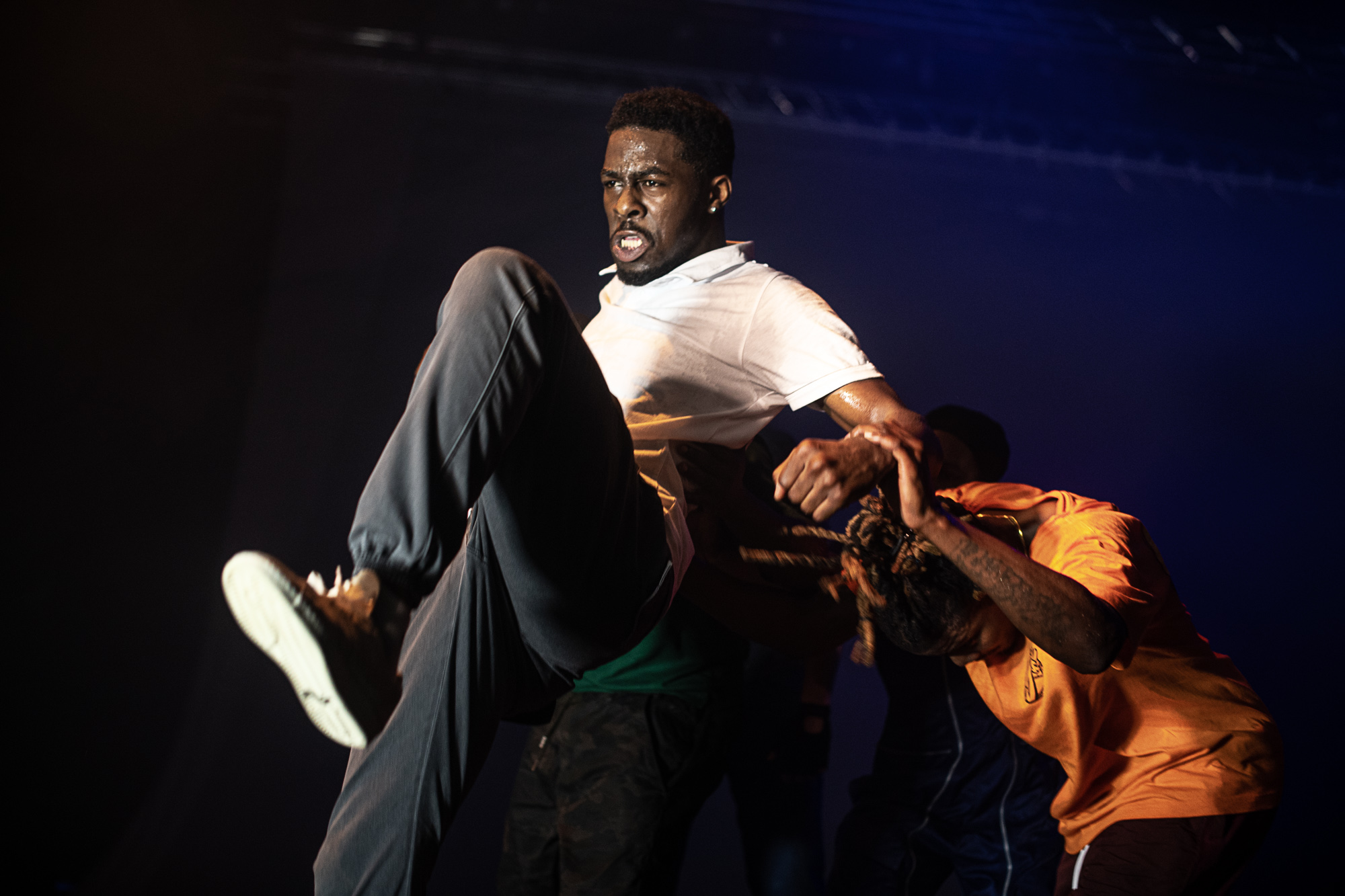 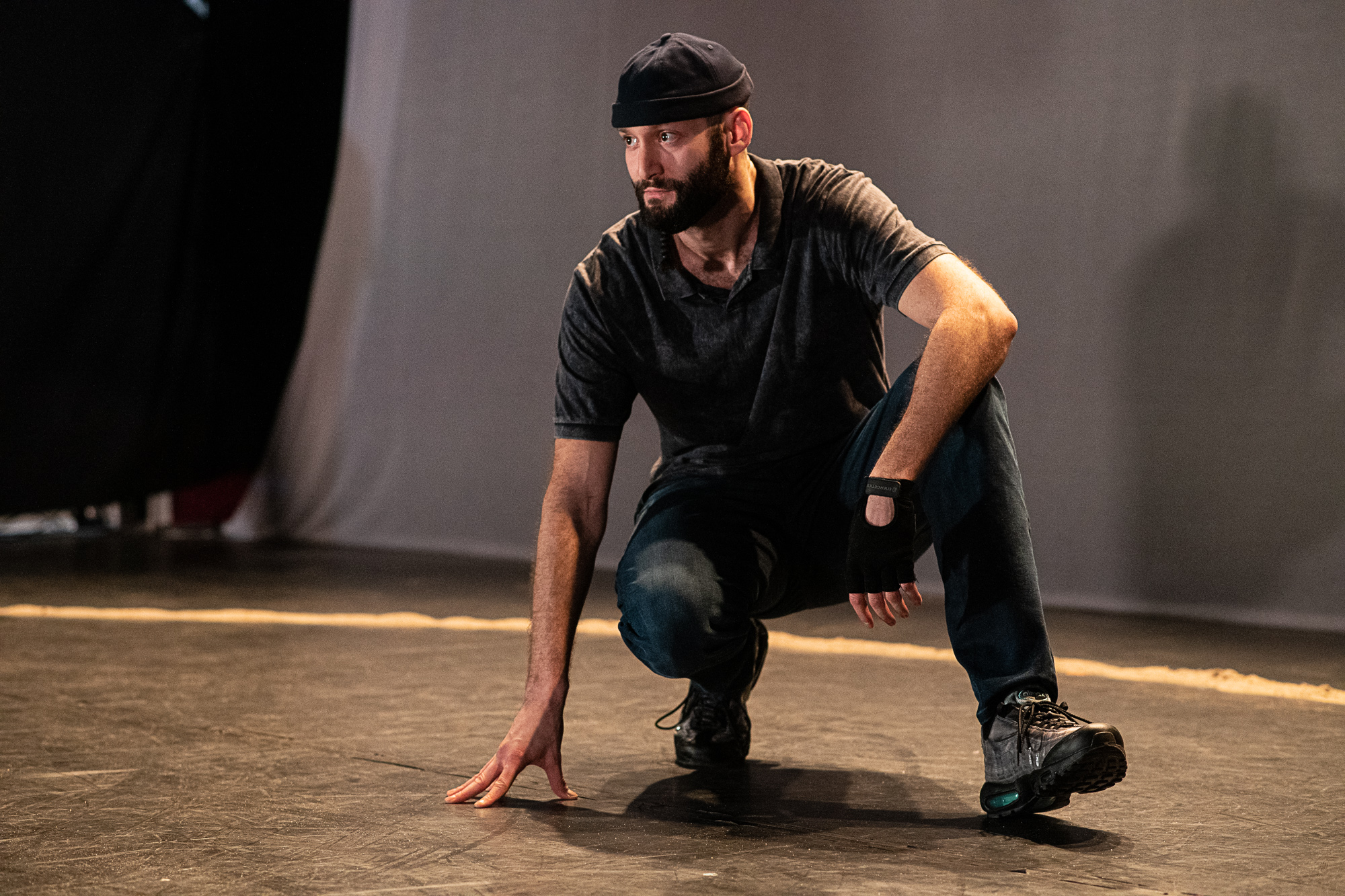 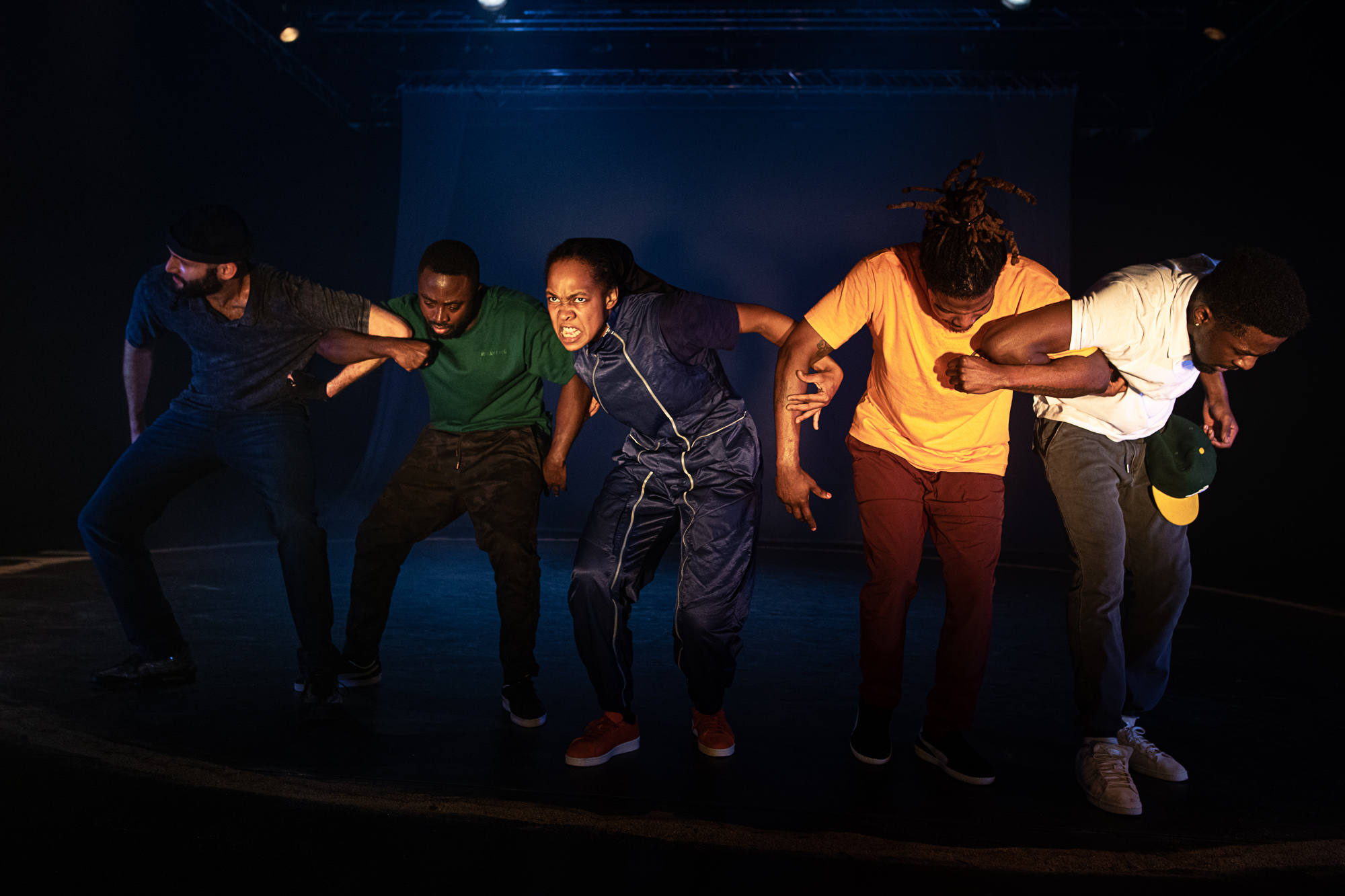 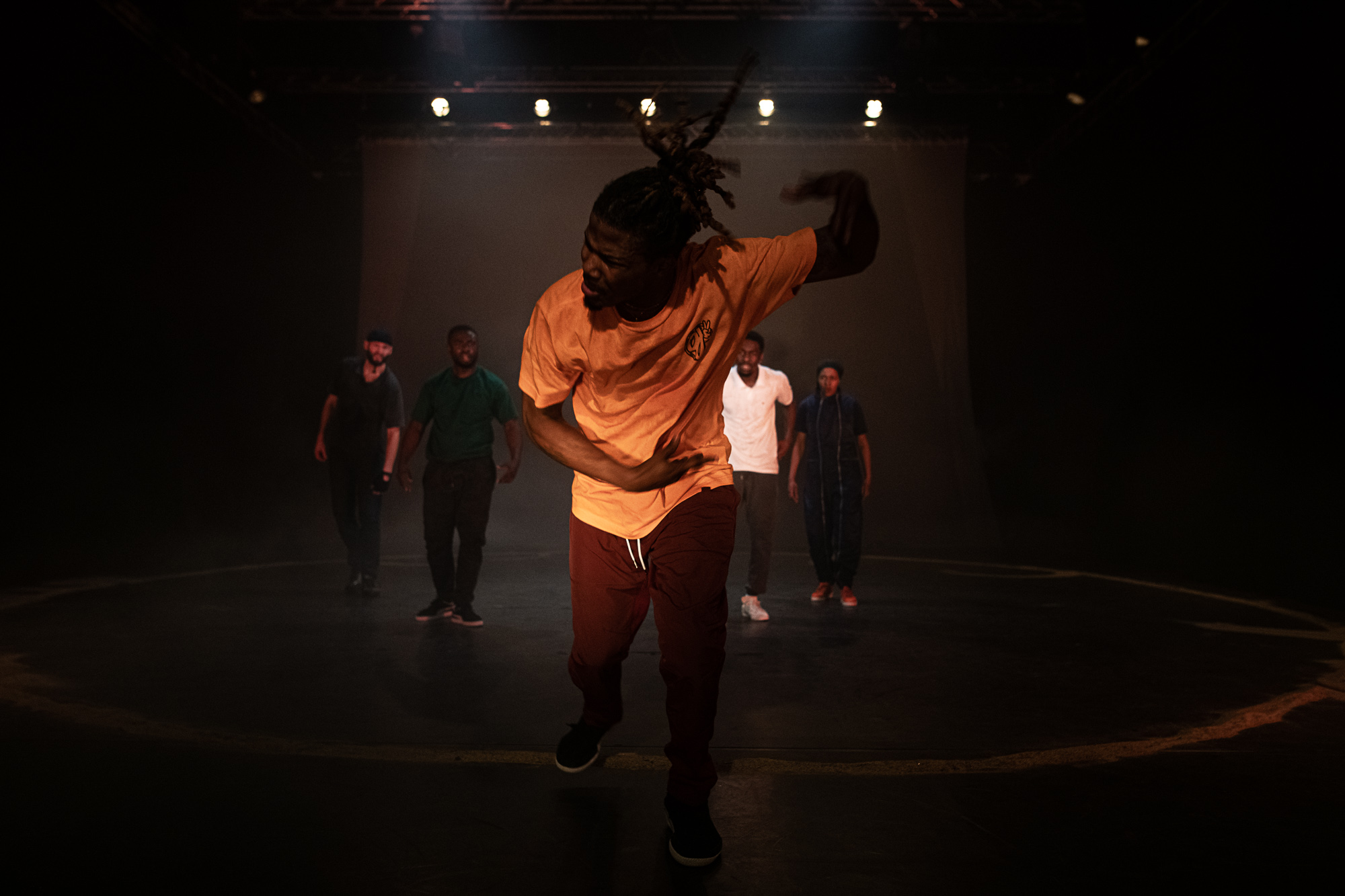 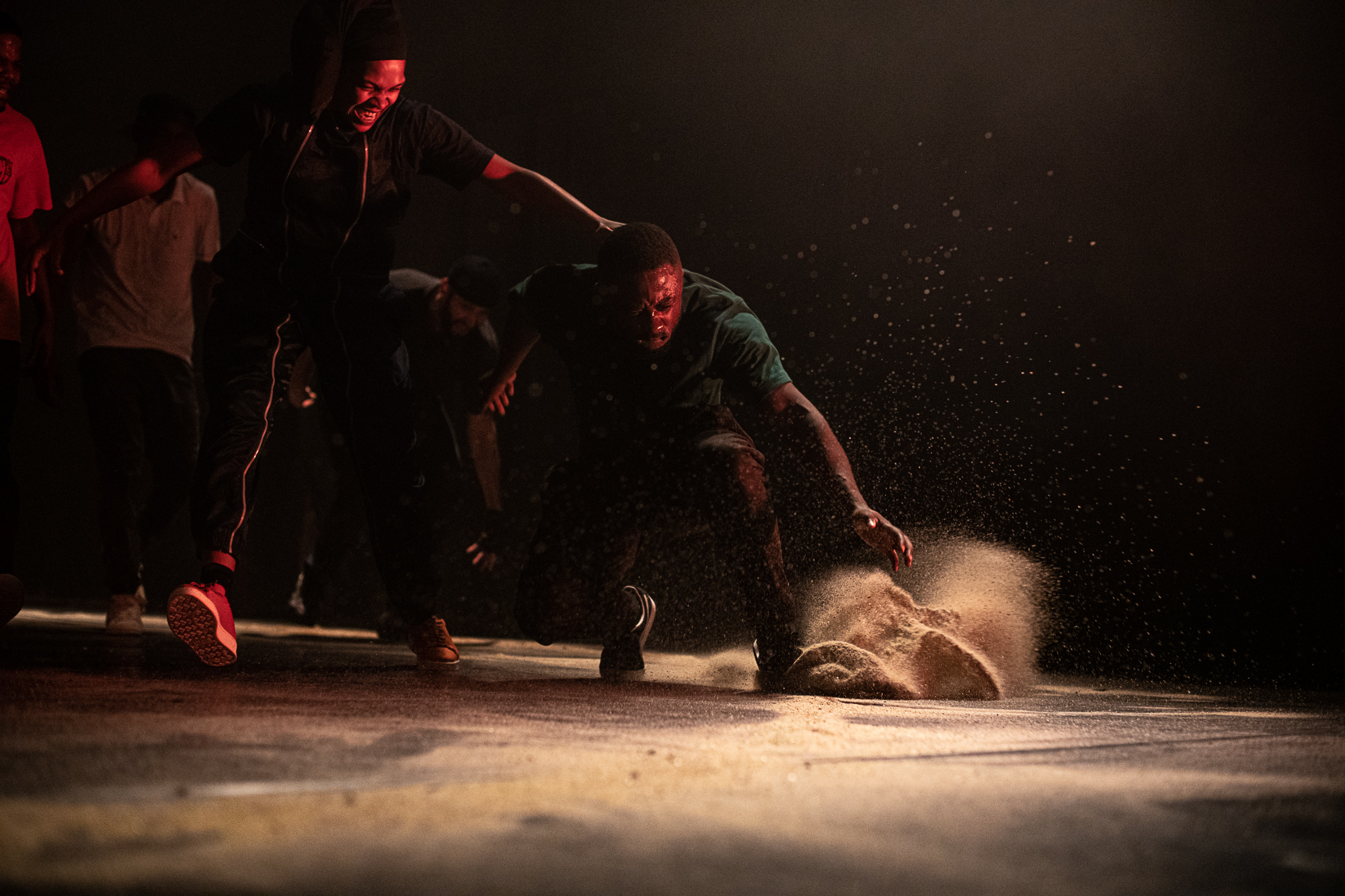 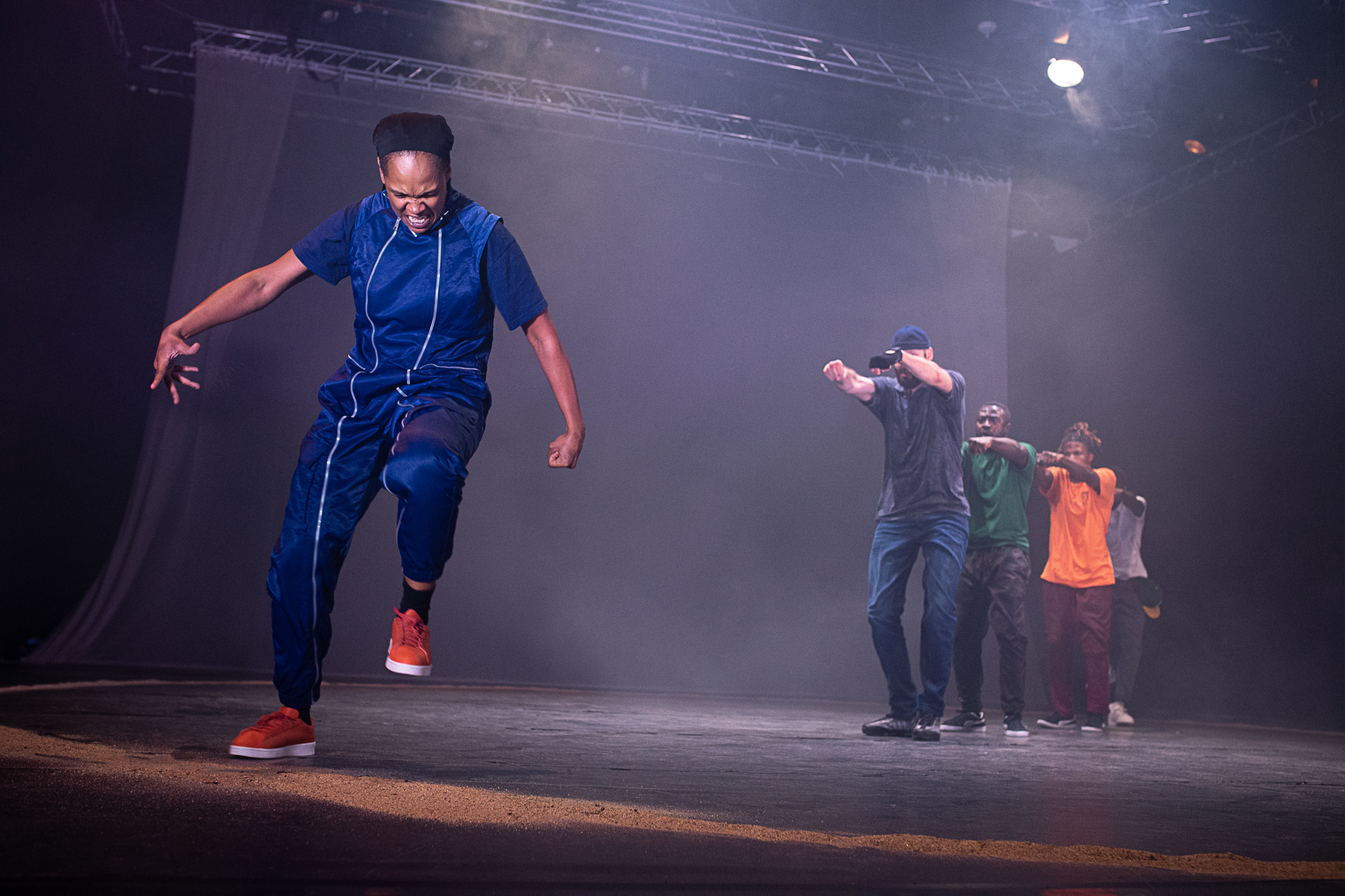 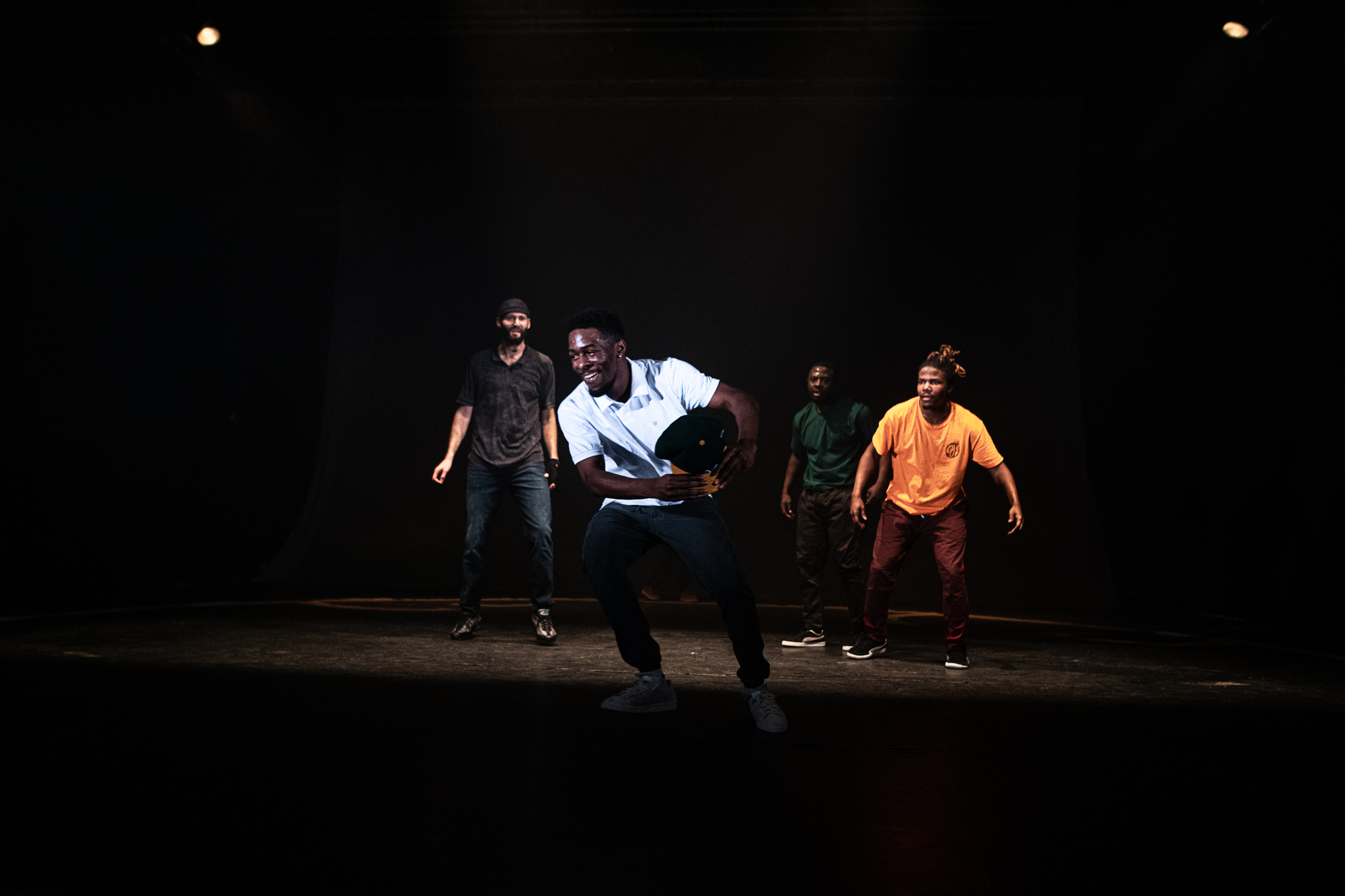 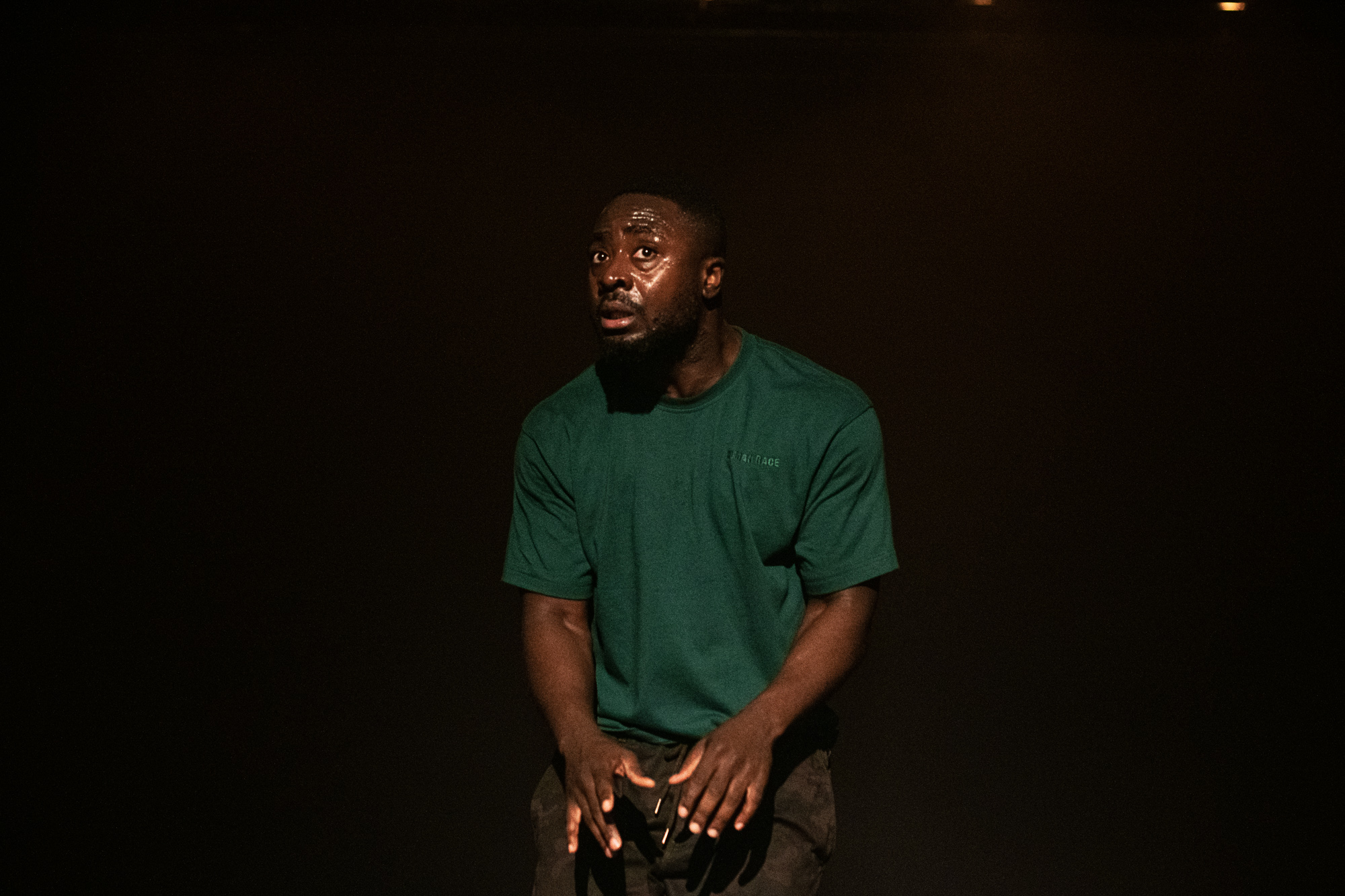 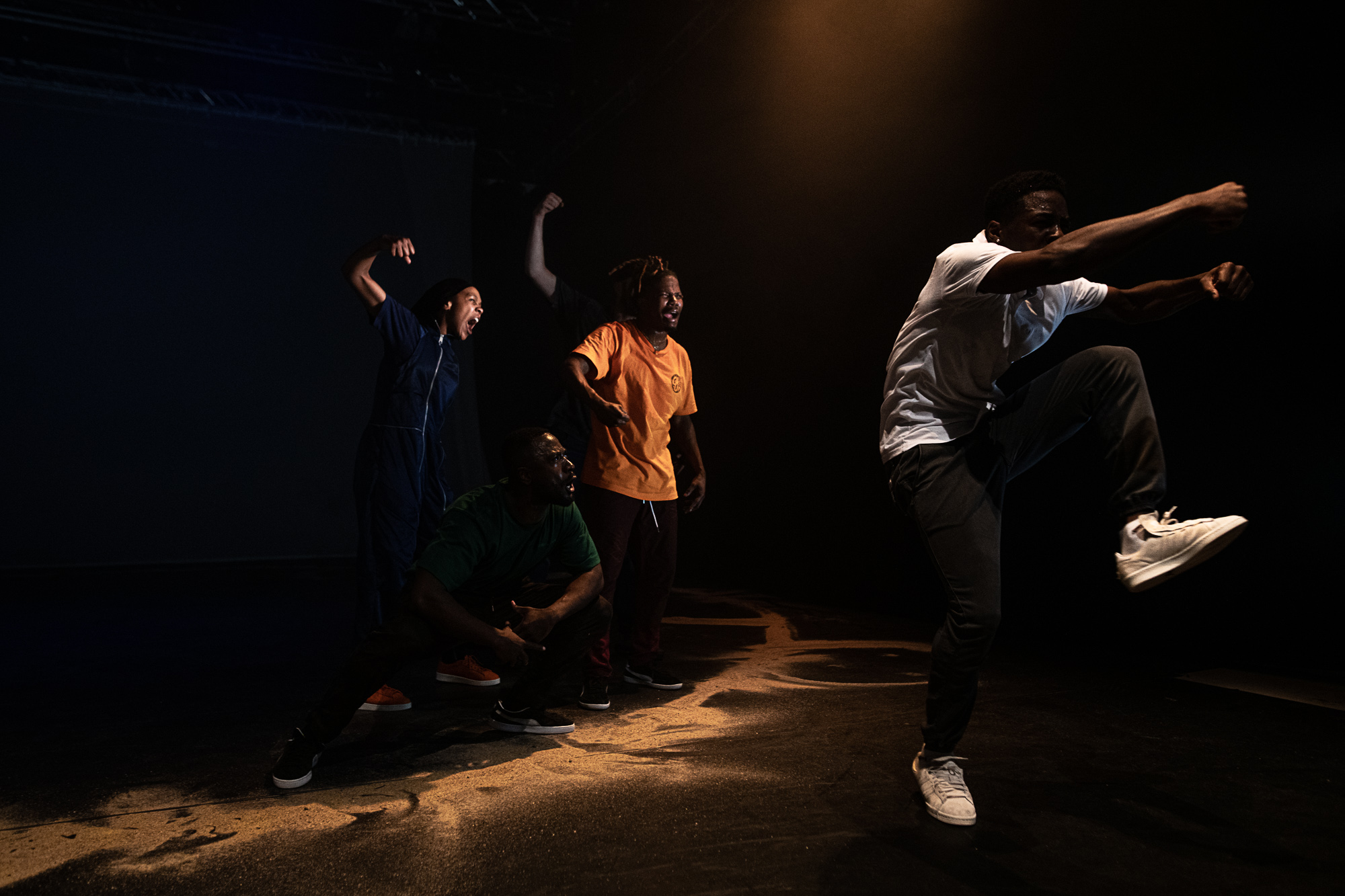 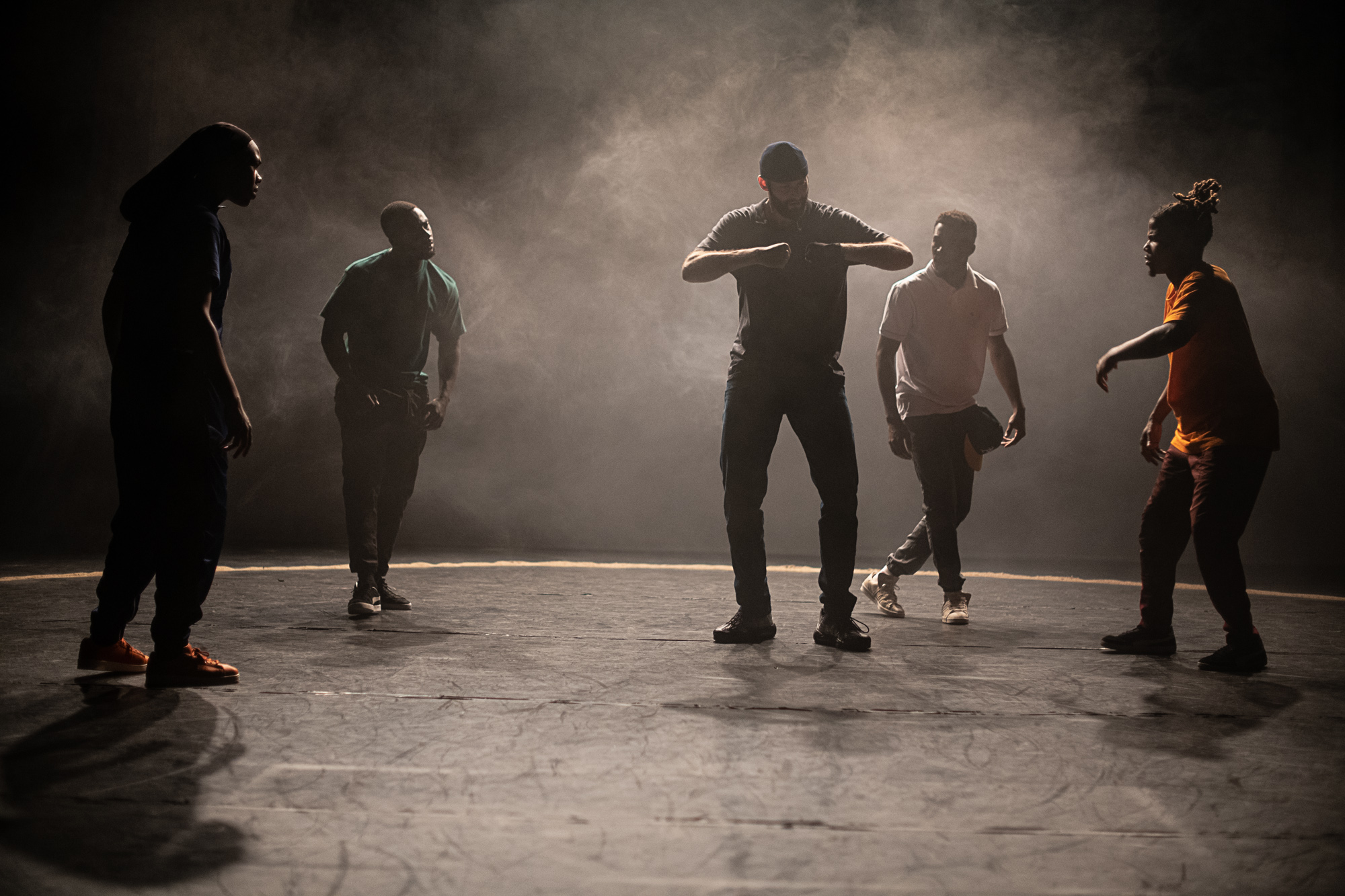 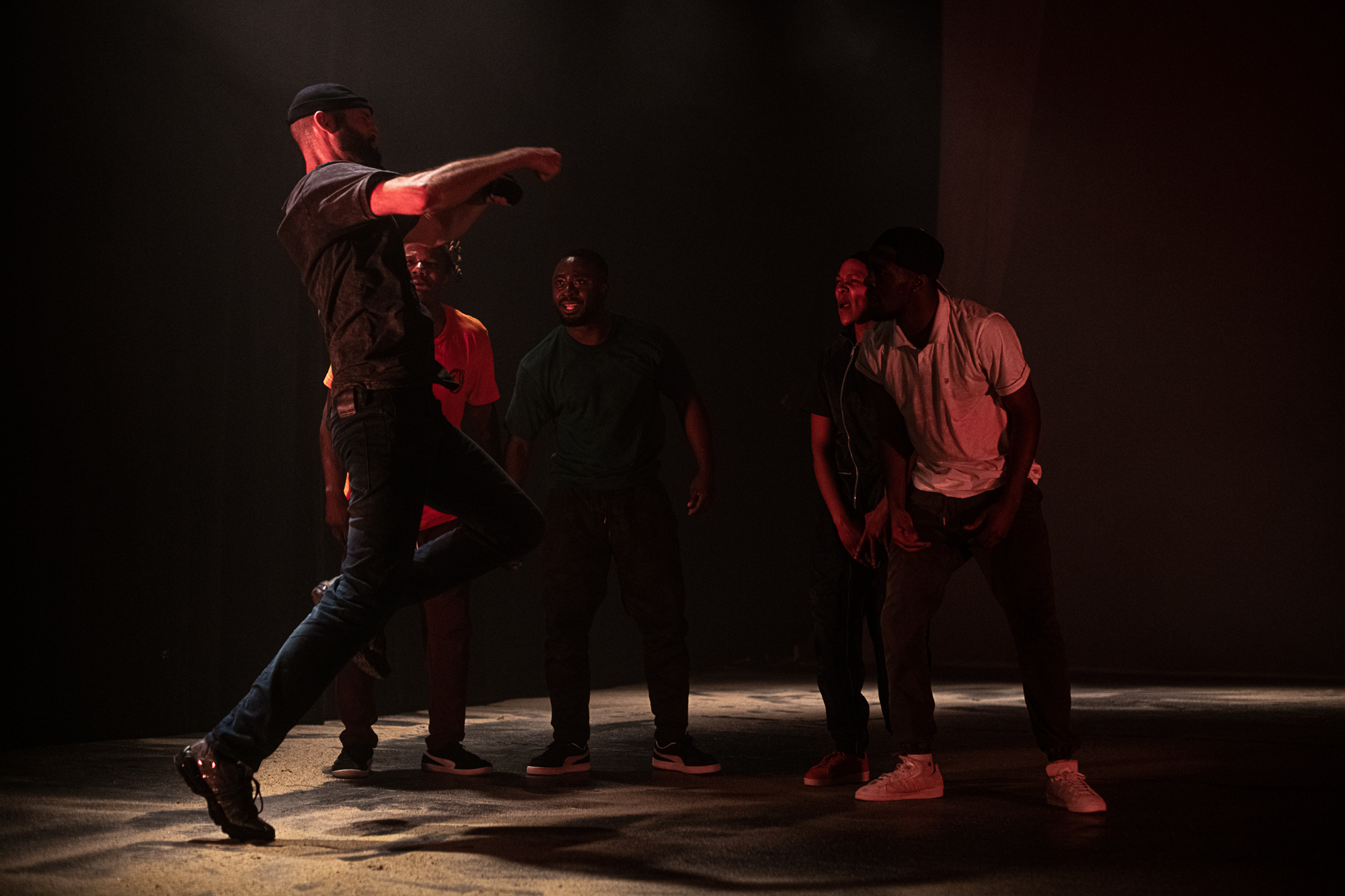 The staging showcases the powerful movement repertoire of this new style and illustrates its potential for establishing a signature approach to choreography whose essence isn’t just a technique, but a whole way of life.

This piece, which is aimed and young people aged 11 and older, shows the power of dance in opposing the border that exists between social contexts and between street and highbrow culture, thus denying the former its rightful recognition and equality. At the same time, the play is about far more than the struggle against external circumstances: it is also an expression of inner resistance, chasms, nameless states of being and the barriers between the individual and the group, united in a common race to resist and survive.

For all school classes interested in the piece, we offer a 90-minute workshop in advance. Krump dancer Esmir Srdanovic can visit your school in November, December or January (best held in a gym or hall). He covers iconic krump moves with the students and explains the philosophy behind this unique style of dance.  This workshop is free. Please register by emailing mallmann@tanzzeit-berlin.de

A production by TANZKOMPLIZEN as part of the Offensive Offensive Tanz für junges Publikum Berlin, in cooperation mit Cie Art-Track (F). Supported by Fonds Darstellende Künste with funds from the Federal Government Commissioner for Culture and the Media as part of NEUSTART KULTUR. With welcome support from the Institut français, the French Ministry of Culture/DGCA and the Centre Français de Berlin.

TANZKOMPLIZEN is a partner of Offensive Tanz für Junges Publikum. Supported by TANZPAKT Stadt-Land-Bund  with funding from the Federal Government Commissioner for Culture and the Media and the Berlin Senate Administration for Culture and Europe.